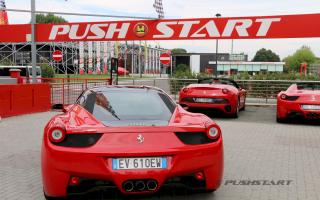 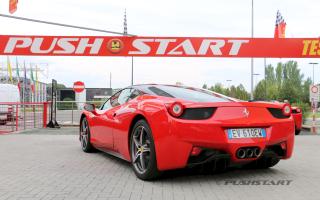 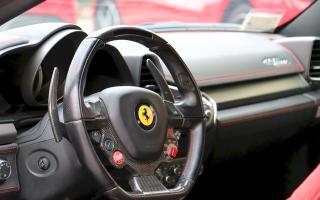 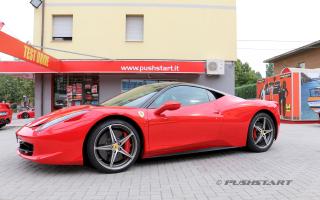 This car is not available for the testdrive anymore, We suggest the following model. 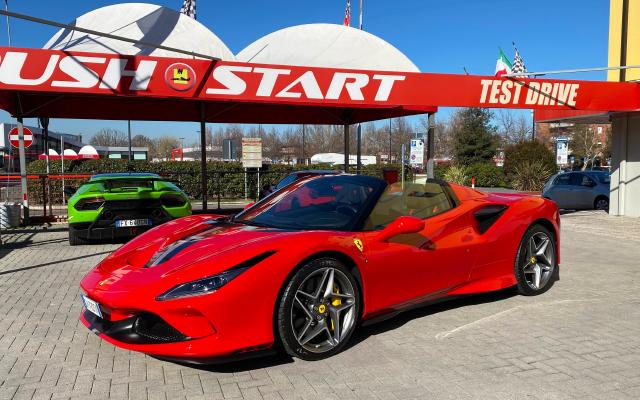 This is a two-seater car with an 8-cylinder engine arranged in V. The official presentation took place at the 63rd Frankfurt Motor Show, September 2009.

The new product, according to the company’s announcements, is the result of an important technical evolution that allows it to obtain lower emissions and consumption than the previous model “F430”, despite having greater displacement and power.

The car is developed in an aluminum alloy structure made with technologies derived from the aerospace industry, with a front suspension with superposed triangles and multilink for the rear.

The car is equipped with a single Magneti Marelli control unit combined with the Ferrari manometer derived from Formula 1. A single control unit allows the E-Diff (electronic differential) to be controlled and disconnected, the F1-Trac (system of traction) and ABS.

Special attention was paid to the ergonomics of the interior and the driving controls, the latter grouped in the steering wheel to ensure greater concentration while driving without removing their hands. Formula 1 multi-racer Formula 1 driver Michael Schumacher participated as a consultant in the creation and tuning of the car.

The aesthetic profile of the body recalls the classic sports lines, generally created by Pininfarina for the previous models of Ferrari, which incorporate some innovative details, such as the new “scimitar” optical groups, similar to those of Ferrari California, and the disposition of the three exhaust, attached to the center of the rear bumper, very similar to those of the Ferrari F40. The latter have two different sizes: the smallest, the central and the largest, the lateral ones.

Still according to the statement, the Ferrari 458 Italia reaches a speed of 100 km / h from stationary in less than 3.4 seconds and reaches a maximum speed of more than 325 km / h. The front aerodynamic appendages on the sides of the rearing horse logo, similar to the ailerons of the Formula 1 cars, contribute to improve the performance, whose incidence is automatically regulated by the deformations assumed due to the speed. The traction, according to the tradition of the house of Modena, is later. 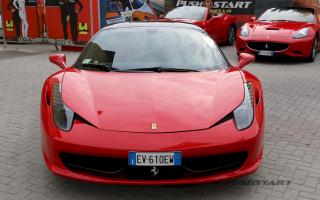 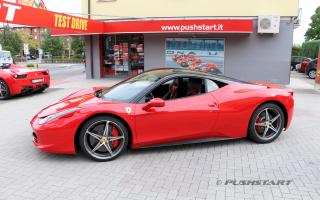